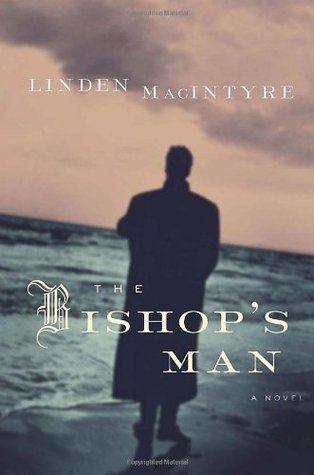 The Bishop’s Man, winner of the 2009 Scotiabank Giller Prize, is the second book in the Cape Breton Trilogy. The story tackles the difficult and disturbing subject of sexual abuse within the Catholic church. Rather than taking the traditional storytelling approach of relating events through the victims’ eyes, however, MacIntyre explores abuse, scandals and cover-ups through the eyes of a priest, the Bishop’s man, the church’s “fixer”, Father Duncan MacAskill.

Called the “Exorcist” by other priests, MacAskill is appointed by the Bishop to quickly and quietly clean up sex abuse scandals by hushing the victims and banishing the offenders to remote parishes or rehabilitation facilities. Early in his career, MacAskill himself is sent away to Honduras after witnessing inappropriate behaviour. Upon returning to a small parish in Cape Breton, however, the demons from his past rise up to haunt him after a 19-year-old boy he befriended commits suicide in the wake of the abuse he suffered as a child. Father MacIntyre agonizes over his own part in such a sorry system.

The Book Club members were almost unanimous in their praise for this book. Four out of five participants in the survey indicated they were pulled into the story right from the first paragraph and would definitely read other books by MacIntyre. Comments from members discussed how topical the book is, particularly now with news coming out of Philiadelphia and the Pope’s recent denouncement of the abuse and cover-ups. The news and, indeed this book, make one wonder how on earth any member of the clergy can remain within such a corrupt system in good conscience.

There are no upcoming events.